Le Musée des Beaux-Arts in Nice has a fine collection of colourful paintings by the French artist Raoul Dufy.

Dufy was born in Le Havre in 1877, and in 1900, after a period of military service, won a scholarship to the Ecole Nationale Supérieure des Beaux-Arts in Paris.  He was initially influenced by the impressionists, and then by the Fauves, or wild beasts, with their bright colours and bold contours.
After a brief flirtation with cubism, Dufy finally created his own distinctive style, working in both oils and watercolours, with many of his works depicting bright and colourful scenes of the French Riviera, including many in its capital, Nice.  Below is a painting of the majestic sweep of the Baie des Anges (Bay of Angels) in Nice. 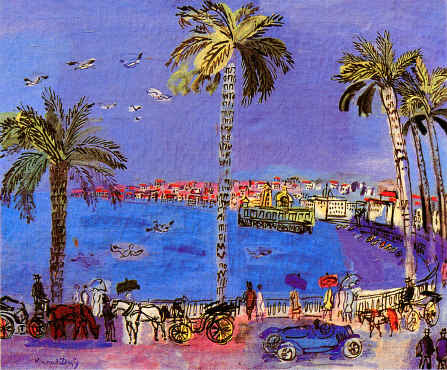 At the top of the post is another view of the Bay through an opened window, this one painted in 1928 and entitled Intérieur à la fenêtre ouverte, and below is his painting of Nice Casino (no longer there) which the artist painted in situ on the Promenade des Anglais. 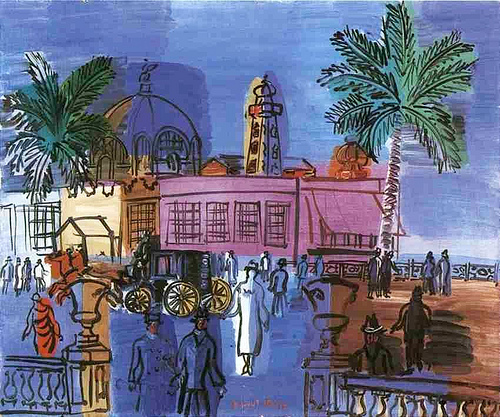 Raoul Dufy died in Nice in 1953 and is buried in the Cimiez Monastery Cemetery in the north of the city.