'The wickedest man in the world'

Around 1930, the English magician, occultist and self-proclaimed Beast with the number 666, Aleister Crowley, was living in Paris, following his expulsion from Italy by Benito Mussolini.

Labelling by the British press 'The wickedest man in the world' because of the activities involving sexual-magic and drugs at his Abbey of Thelema in Sicily, Crowley was now spending his time in the calmer atmosphere of the Paris British Chess Club, a circle of chess players from the British community that met once or twice a week at the Café du Grand Palais. It was here that he was befriended by the young English writer George Langelaan, later to find fame for his cult short story The Fly. 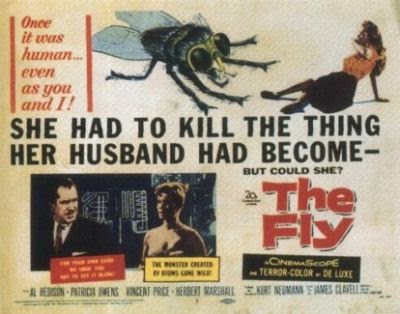 'Do as thou wilt shall be the whole of the law.'


Despite Crowley's notorious reputation as author of The Book of the Law, the 'sacred text' which he claimed had been dictated to him by an entity named Aiwass, and whose central tenet was to 'Do as thou wilt,' Langelaan found in him 'one of the great intellects of the century,'  in addition to one of the most curious chess players.

The ancient game of chess is one of the most intense mental combats between two brains ever invented by man, but for Crowley winning or losing the battle was of no importance. The only thing that interested him on the chessboard was the arrangements of the pieces, looking for something in them to ignite his imagination as a magician, like the yarrow sticks in I Ching. If the board positions didn't interest him, then he would simply switch off and abandon the game, even if strongly placed to win.

Crowley would also at times participate in official tournaments, and was asked to be part of a team that included Langelaan. He agreed, and in each tournament played in his usual quick and bad way, but always relaxed, occasionally finding an interesting combination of positions that encouraged him to up his game, but managing nonetheless to lose nine games out of ten, always with a smile on his face.

Then, one night, he found himself at the chessboard facing one of the best players of his generation, the Polish grandmaster Savielly Tartakower.

Crowley played as relaxed as ever, sure that he would lose another point for his team, and after about one hour of play, while his opponent was contemplating his next move, got up to stretch his legs and glance at the other chessboards.

'How's your game with Tarta doing?' asked his captain, the only player in the team to have a good position in his game.
'I'm playing for the honour,' replied Crowley, 'but he'll win. He's already taken one of my pawns.'
'No chance of a draw?' asked the captain pleadingly.
'Then why not a win while we're at it?' replied Crowley with a smile.
'It would help us from falling down the classifications,' said the captain.
'My dear friend, I know nothing about your classifications, but if it's really that important then I'll see if I can fix it.'


In conference with the Baron.


Upon entering the washroom, Langelaan was confronted with the sight of Crowley with his shirt sleeves rolled up, his collar and tie undone, standing in front of a mirror, intensely watching himself as he made strange gymnastic movements with his hands and his forearms in the manner of a music-hall hypnotist common at the time.

Langelaan was unable to stop himself from smiling at the sight of his eccentric friend, and when Crowley noticed the presence of Langelaan he laughed aloud, straightened his tie, and said: 'It's nothing. I was in conference with the Baron.'

Conscious of Crowley's reputation as the most infamous black magician of the century, Langelaan decided that it skilled not to ask who the Baron was.

They went back upstairs and got back to their games, and not long afterwards Langelaan was startled by the sound of a loud groan coming from Tartakower. He looked up and saw the great man laying down his King, the sign that he was resigning the game. It seemed that he had made a stupid mistake, unpardonable in a grandmaster, and was about to lose his Queen.

A short time later Crowley was expelled from France as he had been from Italy, for reasons that were never specified.