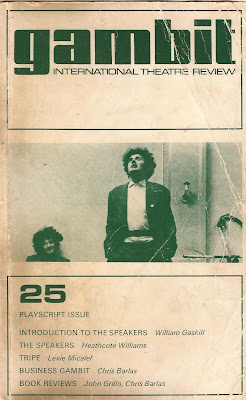 Published in 1974, Gambit International Theatre Review 25 contains two plays: The Speakers by Heathcote Williams, freely adapted for the stage by William Gaskill and Max Stafford-Clark; and Tripe by Lexie Micalef.


The Speakers is about the lives of authentic speakers at London's Speakers' Corner encountered by Heathcote Williams in the early 1960s and described in his book. The principal characters are William MacGuinness, an Irish speaker high on dope and meths; Jacobus Van Dyn and his tattoos; Axel Ney Hoch, on the run from his own passions; and Lomas, who has not spoken in years.

The Speakers stage adaptation was the inaugural production by Joint Stock Theatre Company. 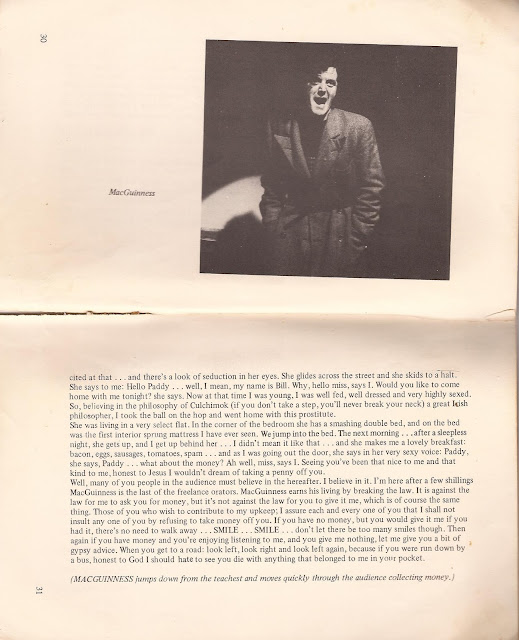 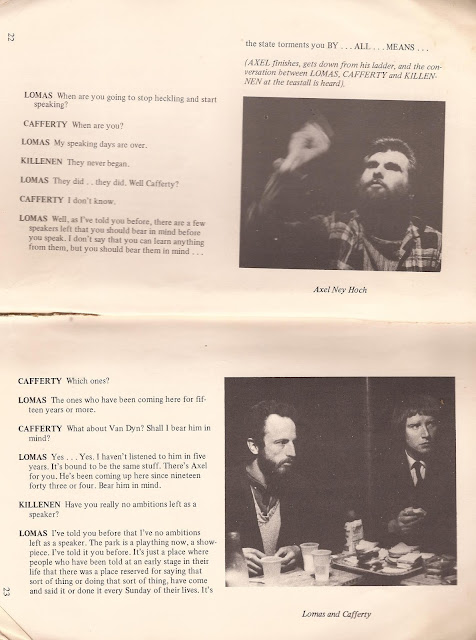 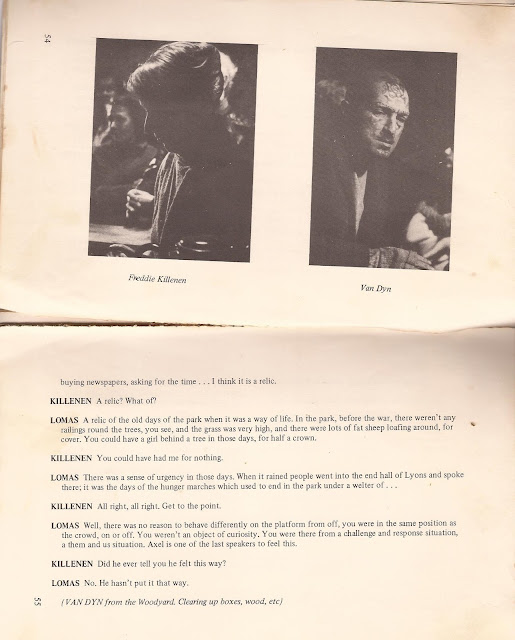