I felt her heaving under me, moving up and down, up and down, and each movement sent a shuddering pulse through my body.


It lasted about ten minutes, then the lady sitting next to me looked at me and said: “That was the worst turbulence I’ve known in 20 years of flying. I’ve never known anything so scary. How about you?”
“Well,” I told her, “there’s was that time I visited the offices of a giant Japanese corporation only to find that the building had been taken over by a gang of international terrorists and I had to save the lives of the hostages wearing only a pair of trousers and a cotton vest.”
“Wow!” the lady said.
“Oh no,” I said, “what am I saying, that wasn’t me, I’m getting confused, that was Bruce Willis in Die Hard.”


The plane stabilised and we continued our journey. Thirty minutes later we were skimming a few hundred feet over the Mediterranean in our approach to Nice-Côte d’Azur Airport. I could see the Promenade des Anglais and the prominent dome of the Negresco. We touched the tarmac, the captain put the engines into reverse thrust, and we taxied to a halt at the terminal building.


Nice has become my destination of choice. It is large enough to have everything you could want - restaurants, museums, art galleries, theatres, clubs, a large public library - but not too big that you can lost in it. It is also a hub for excursions - Antibes and Cannes to the west, Monaco and Menton to the east, Grasse and the mountains to the north.


On one such excursion an American lady sat next to me on the train and began to give me her opinions on global warming and abortion. She asked what my opinion was on abortion and was surprised when I told her that I didn’t have one.


Now I realise that not having an opinion on this important question makes me very unfashionable. After all, isn’t this the age of the opinion monger, when people are expected to have instant opinions on any topic you care to name? Some who are particularly adept at the art (if that indeed is what it is) get highly paid jobs as media pundits, and some even aspire to their own TV show where they can impress and delight their army of attentive and admiring fans with their insightful opinions on everything and nothing. Some of their followers even start to talk in the same technical media jargon as they do. They aren’t content to watch a TV set, they have to talk like one, too! Well, I may be many things, but I’m not a TV set. And I don’t have many opinions, either - although I do have this one.


The train was heading east along the littoral, and the lady got off at Monaco. I continued to Menton, a seaside town of around 30,000 inhabitants close to the Italian border.


It was a warm day in October, the sky was an impossible blue, and the palm trees were glistening in the sunshine. I headed straight for the front and along the Promenade du Soleil, passed an empty beach, and arrived at the Quai Gordon Bennett (it’s true!) and the Quai Napoléon III. The port was full of luxury yachts set against the backdrop of the old town, happily still preserving at least a vestige of its old fishing village charm.


The town, in fact, is full of charming niches. I stumbled upon one wonderful square (see photo at top of post), and could easily understand why the English and Russian aristocracy made Menton their winter watering hole in the Nineteenth century.
After a while I headed back to the station and took the first train the few miles over the border to Ventimiglia in Italy.


Ventimiglia is situated on the Gulf of Genoa and is about double the size of Menton. The River Roia flows through the town, dividing it in two. It has a small port, but none of the luxury yachts of Menton. Many smart apartment blocks overlook the river, though there is also a lower income zone complete with washing hanging from lines across the narrow streets. For me it all added to the character of the town which I liked very much.


I had lunch on a terrace of a seafront restaurant where a refined, elderly Italian lady was eating a plate of mussels in the traditional style, with her fingers.  I spent a couple of hours moping around then took a rickety Italian railways train back to Nice.


Back in my hotel I switched on the TV where an American senator on CNN was saying that ‘America needs to regain its moral authority’. I’ve heard politicians talk about this so-called moral authority before, but have never quite understood what it is. Is it a gift? Something which is bestowed upon you by God? And if you believe that you are blessed with moral authority how do you persuade others that you are? I wanted the interviewer to ask a few probing questions of the senator, but he just let him drone on, so I switched channels to a mindless French game show called Attention à la marche (Mind the Step), which seemed to be more about the presenter than the contestants. It was bland and cheap, not too different to the senator and his moral authority, in fact, though I quite enjoyed it.


Let’s talk about Nice for a moment. One of my favourite areas is Cimiez in the north of city. It was the site of the original Roman settlement, but the main attraction now is the Musée Matisse. The artist spent much of his time in Nice and many of his works are on display in the museum. The museum itself is in a small park where the alleys are named after jazz musicians, such as Louis Armstrong, Dizzie Gillespie and Charlie Parker. But none with the names of two of my own favourites - Charles ‘the Mighty Burner’ Earland and Sun Ra.


I like too the Musée des Beaux-Arts for its collection of paintings by Raoul Dufy (see post ‘Raoul Dufy‘). Here’s one of the Bay of Angels. 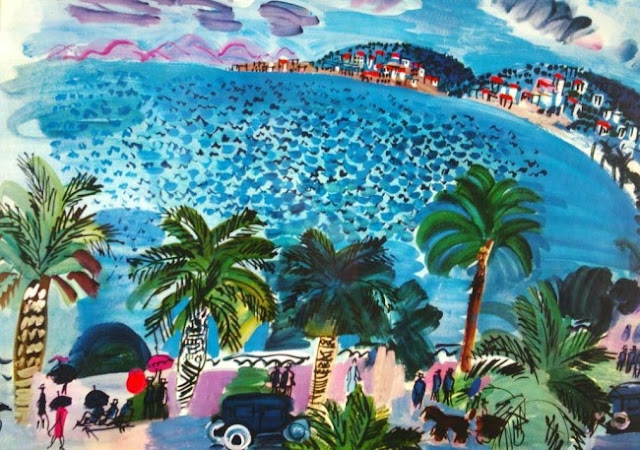 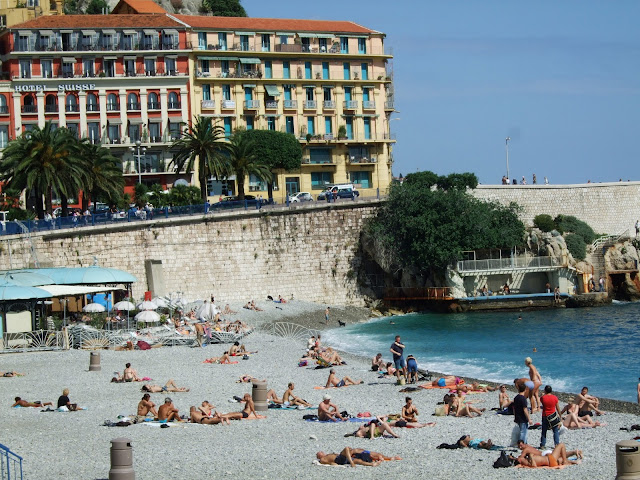 Down on the beach 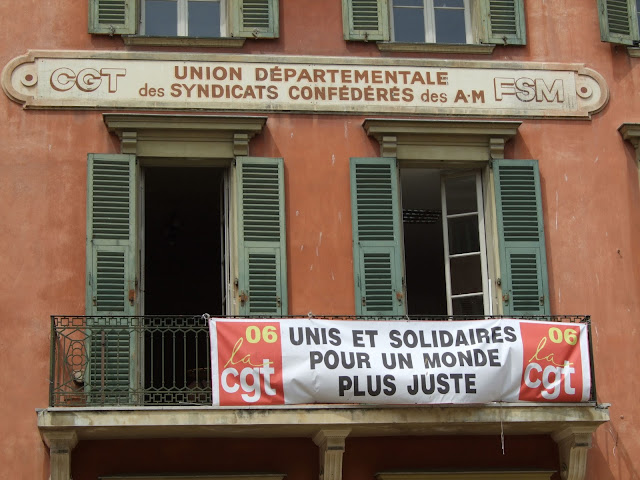